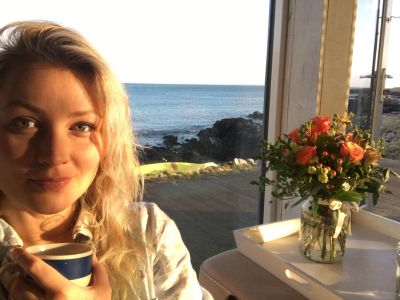 I’ve been absolutely rubbish at keeping this blog updated.
But, as anyone who follows me on Instagram or my other social media knows, I’ve had plenty to write about!

I’ve moved house, started renovations on a new studio, adopted a couple of embarrassingly small dogs, been travelling around on my #82Islands challenge and been up to all kinds of fun work stuff.

…And now we’re all stuck inside to try and stop the spread of coronavirus.
It’s just the beginning of the outbreak here in the UK and it feels surreal, almost hypothetical.
My daily life hasn’t changed too much, I live quite a solitary lifestyle, but even here we need to be super conscious and take it seriously.
Anyway, this isn’t a blog post about the outbreak, there’s plenty about that elsewhere (I’ve written a lot about it on my social media anyway).
This is just a quick update, then hopefully this extra time can mean that I can catch up with the rest of my blog posts. Perhaps they can then be a distraction for those of us wanting to read about something other than the virus situation.

Firstly, the thing that’s kept me most busy this year…
I’ve got a new home -a permanent one!

Omg, does this mean I’m a grown up now?!

After 5 years of renting, Skye is now officially home.
I guess I’m definitely not the new girl anymore (although when you’re an island incomer you’re always thought of as ‘new’, even if you’ve lived here for 60 years!)

Buying a property here was more than just finding a house…
It was deciding to put down roots, to choose to stay in Scotland, to put a flag in this life and say “yep, I want this one!”
Scary stuff for someone who finds it hard to commit to things as minor as choosing what to have for breakfast!

The whole decision was been made A LOT easier by the fact that my new home is, quite literally, my dream house…
It’s on the shore with views across to the mainland, with huge windows, a field, a cowshed and even a garden hide/snug to sit in in he evenings and watch the otters.

My new pups, Mouse and Benji, approve of the move!

My friends knew that I was looking to buy and offered me first dibs when they decided to sell their modern cottage.
I almost bit their hand off at the offer!
I can’t quite believe it. Though I feel like I’ve done my time in a cold, dark and damp place… I loved my old rental house but it couldn’t be more different (I don’t need to wear a hat indoors now!)
I’m also feeling incredibly lucky to have moved here before we were all put under house arrest!

I loved this old house but I won’t miss the windows blowing in during the January storms!

I’d love to share lots of photos but I’ve learned over the past year that I need to be a bit more security conscious (I’ve had social media followers turn up at my door -err, creepy!)
Besides, there’s nothing worse than someone showing off anyway, especially at times like these where we’re all stuck at home and not everyone is lucky enough to have a garden or outdoor access. 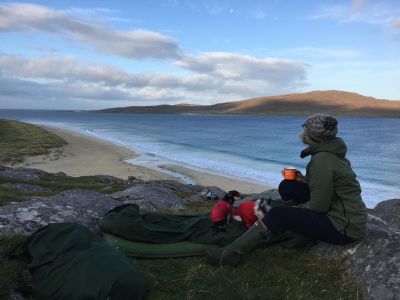 Waking up on Harris as part of my #82Islands challenge. I’m not travelling outside of my neighbourhood at the moment but I’m very lucky to have similar views on my doorstep.

I’m still working out whether I should be writing about the outdoors or the island at all at a time like this.

Whether it’s a distraction and travel inspiration for when we get out the other side…
Or whether it’s smug and unfair on those who can’t get outside as easily.
It’s a tricky one for those of us who promote the #GetOutside ethos. We all need to do our best to act responsibly and make sure we follow best practice.
Comments and thoughts welcome!

In the meantime, stay safe and well.
Lots of love from Skye, x

Is it just me or did January seem to last for about eight weeks?!

Not that I mind January…

Tucked in between the island weather warnings we are treated to vivid blue skies with sparkling sunshine and a clarity to the air that we don’t see in warmer months; happy breaths of respite amidst the seemingly-endless days of sleet and overcast skies.

I’m often cold but I’m happy in the knowledge that I’m only going to get warmer from now on (I know spring has sprung when I finally regain feeling in my toes. A few weeks to go yet…)

Clear blue winter skies and the Trotternish Ridge all to myself!

The days are getting longer…
When I visit nearby bothies and tourist spots I have them all to myself (I can wake up and brush my teeth in my pants and wellies looking like a scruffy urchin without scaring anyone -yay!)
In my garden, tiny green spears precede buttery-coloured crocus buds and the pearls of new snowdrops.

Well, with all that said, I think January is pretty bloody lovely, actually!

I think the reason why it’s felt so long for me is that so much has happened.
Huge things, both good and bad, made for an exhaustingly busy month…

Unfortunately, Rob and I parted ways after almost two years together. Although it’s always sad when these things end, there are no hard feelings between us and we’ll always have fond memories of our time together. Although we realised that we look at life in completely opposite ways I’ll always appreciate the how we got each other through such an extraordinary first year together! 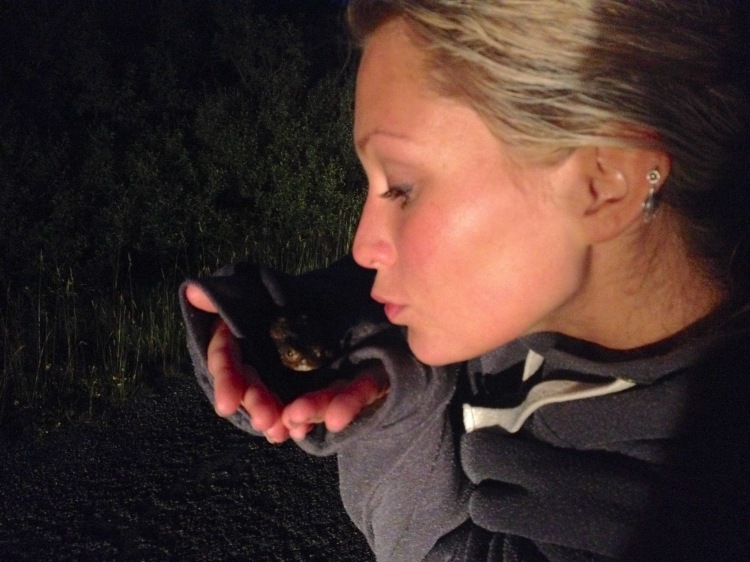 Back to kissing frogs!

It’s strange being single again though, a weird mix of oh-bugger-here-we-are-again-I’m-too-old-for-this and lovely freedom. I’m not saying finding a partner on Skye is hard but it’s probably easier to teach quantum physics to adolescent piglets…
Suppose I’ll just have to get my own Valentines present this year.

On top of this I travelled back to the South of England to help Mum move house.
Despite being in my 30’s I still count the family home as ‘home home’, even though I’m very much a Skye-girl now (I’ll always be an ‘incomer’ but hopefully I can also be ‘a local’!)

Some good news has been that my painting sales have been busier than they’ve ever been before (whoopee!) but the real big, red cherry on the cake is this…
I’m now an Ordnance Survey #GetOutside Champion!

Okay, fair enough, if you don’t follow outdoorsy/adventure social media then you probably don’t know what that is (although you’d have to be living on the moon to have not come across Ordnance Survey before). 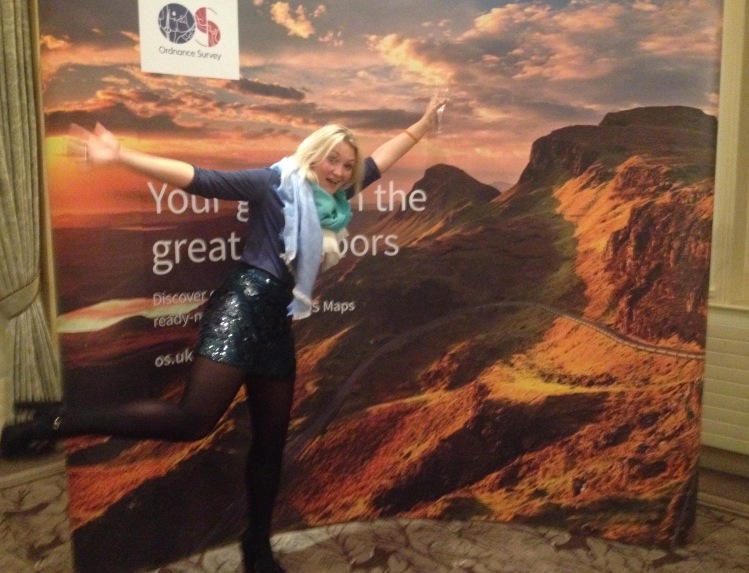 Woohoo, I’m a #GetOutside Champion… They even put up a picture of North Skye to make me feel at home… 😉

To put it simply, I’ve joined a team of 60 of some the most inspiring and exciting adventurers in the UK today. For the launch event in the New Forest I got to meet fellow Champions including Ben Fogle, Shaun Conway, Sarah Outing MBE and a whole crowd of ridiculously awesome humans (and no, I’m not quite sure how I got in there either..!)

I won’t go into too much detail as I’ll write a new post about it later this week but it’s a great honour and, after an overwhelming January, it’s just what I needed to kickstart an awesome 2018.

The 2018/19 Ordnance Survey #GetOutside Champions (I’m the one in the middle who can’t quite believe she got in there!)

One of the many inspiring people I met at the #GetOutside launch event was Anna Humphries, a mountain leader, Bear Grylls instructor and generally all-round kickass superwoman. I was lucky enough to be sat next to her at the launch dinner.
Whilst we ate we talked about the rare event of the supermoon, blood moon and blue moon all coinciding at the same time. Amongst her many talents, Anna is fantastically knowledgeable about the universe. She explained about energies and planets and how, after many folk experienced difficulties over winter, good things are set to align this year because of these celestial events.
Now I’m a sceptic with most things but she explained this in such a scientific and rational way… it really made sense.

It’s been quite a turbulent month for me but, you know what, I feel deep down that Anna is right… 2018 is gonna be a good year.
I’m excited already… 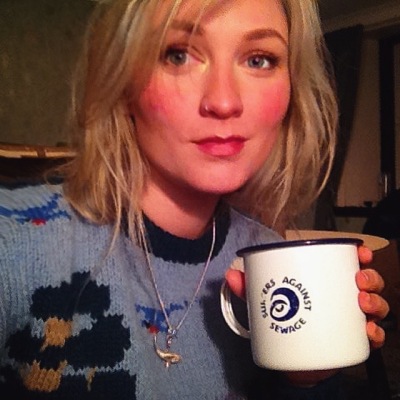