With wildfires raging in the UK this summer, campers must avoid lighting fires near vegetation. Beach bonfires are a good alternative.

‘Responsible Camping’ is something we all need to learn to do.

I’m probably preaching to the converted here but if just one person reads this and thinks twice about starting a campfire on a dry summer’s day then I’m going to keep yelling it from the hilltops!

At the bottom of this post you’ll find MY BIG THREE RULES FOR CAMPING RESPONSIBLY.
(Obviously there are more than three but we’ll just start with the basics for now…) 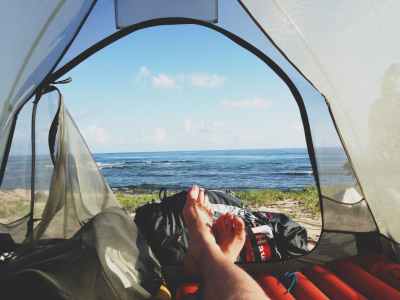 Sleeping outside is awesome! (Photo by Pexels.com)

Leaving your trail or campsite as you found it isn’t just the decent thing to do for animals, the environment and other people; it also means that we all get to continue having the freedom to enjoy these wild spaces.
Irresponsible practice leads to rules and legislation that may restrict our access or activity.

This is a subject close to my heart as I’ve seen first-hand the damage caused by carelessness. And it’s definitely getting worse. 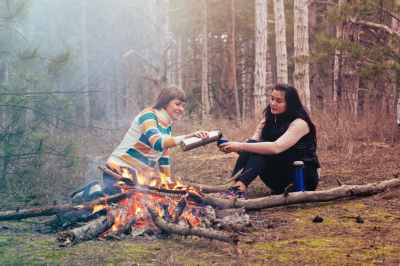 Though big fires might look great on Instagram, building one of these can often be a really shitty thing to do (Photo by Pexels.com)

Over the last few years, as Skye’s popularity has increased, so has the impact on the environment. Magical glens and dramatic vistas are now littered with cigarette butts, scorch marks from campfires and even human waste.

Not only is it heartbreaking to see, it’s also dangerous to wildlife.

It’s not just the Highlands and Islands either; Dartmoor, Snowdonia and the Lakes are also struggling with similar issues.

At best it’s just dirty but at worst, irresponsibility can cause fires like the ones we’ve seen in the news recently.
Last month there were three major fires raging in and around Skye at the same time. Acres of woodland and the wildlife within it, including nesting birds, were lost. 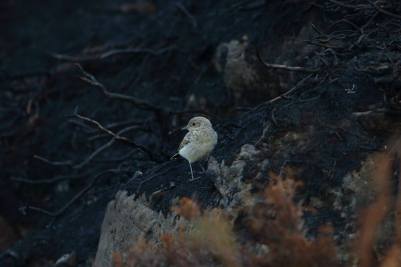 A wheatear fledgeling surveying the remains of its habitat in Harlosh, Skye after summer fires. Many younger birds were not as lucky. (Photo by Paul Meany)

Glen Etive just off Glen Coe has long been one of my favourite places to stop if I’m travelling between Skye and England; I’ve often stopped for a swim, a pause, a break from hours upon hours spent behind the wheel.

A week ago I was returning to Skye after visiting family. It was late and I was tired. I had missed sleeping under the stars and so I headed to the Glen to get some rest somewhere beautiful.
I wasn’t the only one with this thought.

One of my favourite swimming spots. At 5am I had it all to myself.

It was dark when I got there but the meandering river was lit up with the glow of scattered campfires. Multicoloured tents dotted the banks like a field at a festival. A few groups were playing music.

Every passing place and makeshift layby contained one or two campervans or cars, accessorised with the odd plastic basin piled with washing up and vacated folding chairs.

I drove on to find a quieter spot but none appeared. I finally gave up and turned around near a sign that said ‘No Fires’. It had the remains of a fire behind it.

When I returned at 5am the next morning the glen felt silent but the evidence of the night before was clear to see. Wisps of smoke drifting from smoldering fires. Bits of rubbish.
I looked for a place to swim and came across loo paper and human waste on the river rocks and banks.
It was like someone had vandalised a work of art. 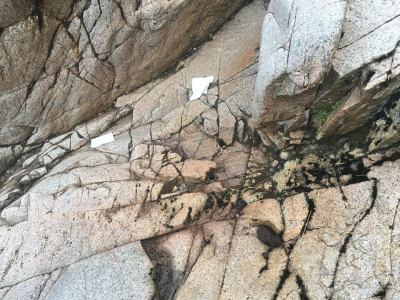 Wet wipes and other nasties 5 mins downstream of the swimming spot in the photo above.

Glen Etive is a small sampler of a wider problem. As outdoor pursuits have become trendy more and more people have been heading for the hills.

The rise of social media photography (especially Instagram), the need for healthy exercise and financial accessibility have all helped the boom.
My home on Skye has been particularly affected, resulting in a number of ‘Skye is full’ articles appearing over the last year. 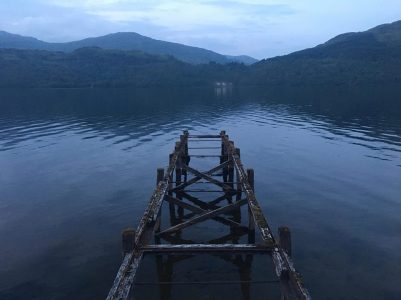 Photos like this one of Loch Lomond are inviting because they seem unspoilt. What you don’t see is the cigarette butts, beer cans and used nappy on the shore behind me.

So, here are my BIG THREE rules for camping responsibly…

It goes without saying, please take your rubbish home with you. Not only does it look awful but it can also be harmful to wildlife.

This includes ‘natural’ litter such as banana skins and orange peel which can take up to two years to disappear!

Fellow #GetOutside Champ, David Wilson, is being driven bananas by peels left in the Peaks

GOING TO THE LOO:

Piles of discarded loo paper are my biggest bugbear. It’s gross and I hate it. These places may look remote but they’re our homes and it really sucks to see used tissues and human waste in our favourite places.

I guess most folk think tissue just dissolves but even with our crazy Hebridean weather I’m still walking past paper left from over a year ago. Many people also don’t realise that wet wipes are made from plastic, not cotton! 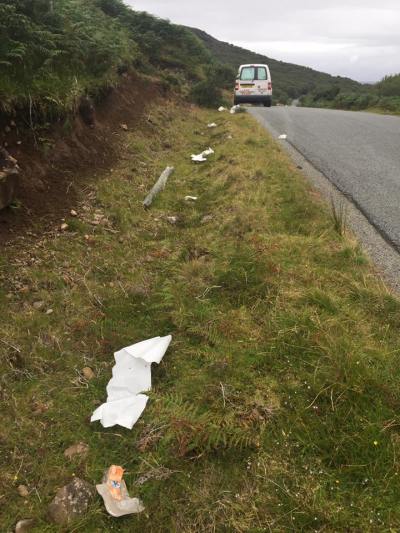 A grim sight. Unless it’s picked up it could take up to 2 years for this tissue to break down (Photo by Matt Harrison of ‘I Love Skye’)

As for the human waste, that’s not just disgusting, it’s also incredibly dangerous for other people, pets and wildlife.

Girls, if you need a nature wee please either bag up your tissue in a dog poo bag or, since you’re doing the wild woman thing anyway, use moss, grass or seaweed.

For pooping, try to do it before you leave. If that’s not an option you can either bury it using the methods explained here or take it away with you in a dog poo bag. Whatever you do, take the paper home with you -leave no trace!

New scorch marks that appeared at my favourite secret Skye swimming spot this week. The stones make it look small but this was at least half a metre wide.

Fire lighting is a divisive subject, especially since there have been so many wildfires caused by carelessness this summer.
Some folk consider fire building an integral part of camping. Some forego them for the reason given above. Some of us think they’re best on the beach or shore. I rarely light fires because I love the efficiency of my Kelly Kettle.

Lighting your fire on a rocky shore or beach is a good way of having the benefits of a campfire without damaging the area or endangering wildlife.

Whatever your views on them, the rules on fire lighting are universal:

1. Leave no trace. This should go without saying but the amount of scorch marks appearing here on Skye shows otherwise -you could play aerial dot-to-dot. Never have a fire on grass and, if you have a fire elsewhere, bury all evidence.

2. Don’t have fires on heathland, moorland or in forests during dry weather because of the risk of fires spreading (it’s a good rule of thumb to avoid some of theses places for fire lighting altogether) 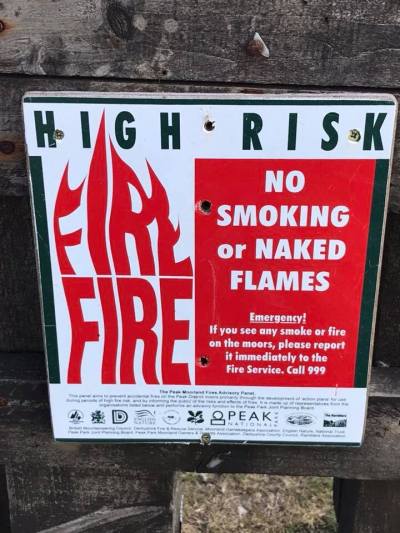 4. Listen to signs that prohibit fire-building. These places are often prone to fires spreading or are significant to wildlife; there’s usually a reason these signs are there.

5. Dig a pit for your fire. This is for containing the fire as well as helping to leave no trace.

6. Make sure that the embers have cooled down before covering and leaving your fire. Even a fire that seems to have been out for hours can spark up again when you least expect it.

The remains of a huge campfire on Harris. They might have covered over the embers with sand but they definitely failed to Leave No Trace (Photo by Cat Webster)

There are plenty more guidelines on how to camp responsibly… don’t cut down healthy living trees, close gates, don’t disturb livestock, etc etc.
But really, it’s all just common sense and everything just comes down to the number one thing…

Once you’ve got that sorted then you can move onto the second most important rule of camping…
Have an awesome time and enjoy it!

Sunset over Uig Bay. A place worth looking after.