So I’ve been working on a load of posts about what I’ve been up to over the last month. There’s a post about staying at my favourite castle hotel, one about raving the weekend away at Skye Live and one about a trip to the Outer Hebrides following some boy troubles.

For some reason the writing hasn’t come easy. I keep writing bits here and there but it’s been a struggle; I’m not sure why.

Then sitting at home this evening, under a light dusting of pastry flakes, I felt compelled to share some thoughts…

It’s been an average day at the gallery. Nicely busy, lots of interesting folk popping in for a chat, normal, good.
After work I nipped into the Co-op to buy a few bits and on my way to the till I noticed a pile of reduced pastries. Amongst the doughnuts and croissants there were a couple of Portuguese custard tarts, an old favourite of mine that I haven’t had in years. I dropped them into my basket.

After supper I put the kettle on and made myself a cup of tea.
It’s a tempestuous night tonight and the sea was dark-grey and dangerous-looking. It’s unusual to see such large, angry swells in the bay and I perched on the windowsill to watch the waves crashing. There’s something peaceful about watching something so powerful from the safety of a warm home.
Also, I think there’s something humbling about knowing how powerless you would be against the force of the water. A reminder of how insignificant we really are.
As I thought about this I shook a tart from the paper bag onto a plate and went to take a bite.

But I didn’t get a taste… I got a clear-as-a-mountain-loch memory.
How is it that tastes and smells can yank up the past so much more vividly than sights and sounds?

Biting down into the pastry I got slingshotted back in time, all the way back to when I first discovered Portuguese custard tarts…

I was in my mid-twenties living in South London. On Saturday mornings my boyfriend and I would wander down the road to the farmers market that was (is?) held at the big church near Oval tube station. We’d nose round, deliberating over which flavour sausages to have for brunch and what type of cheese we might like to nibble that evening in front of the telly (we were softly rounded in that contented-coupley kind of way).
If we felt indulgent we would pick up a couple of treats from the Portuguese cake stall to distract our appetites on the journey home (Oval has a large Portuguese immigrant population and these people know how to make good cakes!)
One day we decided to try the custard tarts, cajoled by the little handwritten sign telling us that they were a handmade speciality.
The tarts were delicious. The pastry was crisp with sugar at the edges and chewy at the bottom where it had gone all eggy and soft. They left a strangely fatty, grainy feeling in the mouth but it didn’t matter; we’d found a new favourite.

That must have been about 3 years ago now and this food-induced flashback made me think of how much life can change.
Maybe not all of a sudden with a shocking tragedy or lucky lottery ticket… just bit by bit.
‘Then one day you look back and everything has changed…’

I often think about how confused 2011 Katie would be if she was suddenly transported into the position of 2015 me.
I wouldn’t recognise the place I live, the people who spoke to me, I wouldn’t know anything.
It’s a funny thought… 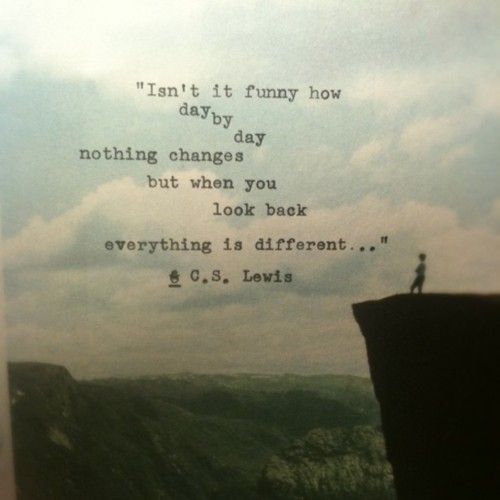 Just few years ago I was living in an average flat with a nice boy in an okay part of London.

He’d put on a suit in the mornings and go to work in his government job. When I wasn’t at home trying to paint I’d be selling overpriced polo tat in the Burlington Arcade to fat sheiks with world-class ponies. In the evenings we’d slump into our Ikea sofa and watch TV until it was time to go to bed. Once tucked up he’d kiss me on the cheek then roll over and start snoring. I’d lie awake for hours staring at the ceiling.

It was a nice life. I’d become a bit introverted and didn’t go out with our large group of friends much but it didn’t bother me. My boyfriend was a good guy. I’d just sold my first painting over £1k. My family was happy and healthy.

I now live on my own in a big old croft house overlooking a picturesque bay. Every morning I wake up to the sea and the hills.
I’m not wealthy but painting commissions are steady. I couldn’t care less about money; the majority of things that make me happy are free. I indulge in my passions, particularly in regards to the environment.
I’ve sloughed off all the fake mates and I now only have a small group of friends who I see rarely but love dearly. We party hard when we meet but when they leave I like to go back to reading quietly by the fire.
My family is now a 14-hour drive away but they’re still happy and healthy. I’ve now met my father, found out I have two beautiful (mostly) grown-up half sisters and my parents have reunited after 28 years. Also, we now have almost as many dogs in our entire family as we do people.
I’ve been through an illness that took me into hospital one week a month for a year and I still keep an overnight bag ready in case I’m admitted again. The outlook on life it gave me was worth every moment of nausea and pain. In hospital I saw how short life can be; every chance and adventure should be grasped tight.
I also smile at stuff more, spontaneously, like a loon. Like earlier today when I stopped to wait for a chicken to cross the road. I was almost late with all the animals on the road this morning but I amused myself by wondering why this chicken might be trying to get to the other side.
When my head hits the pillow at night I’m out like a light. 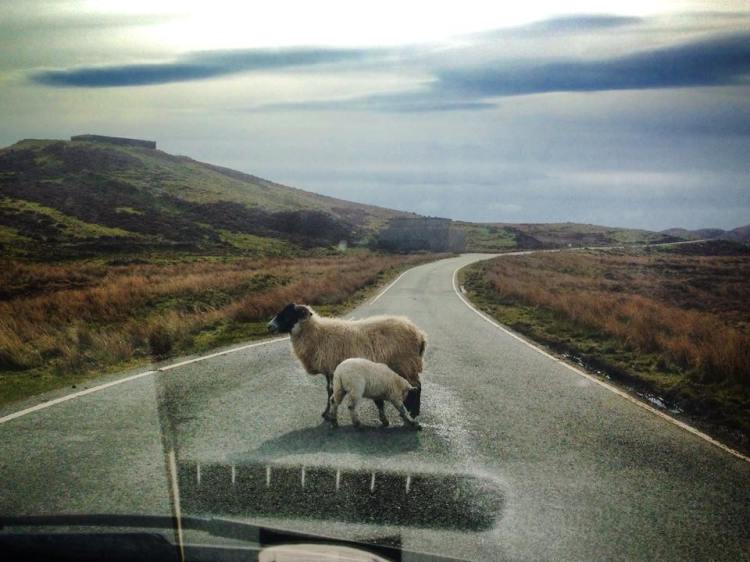 ‘Traffic’ on my way to work this morning. Animals on the road drive me mad as they’re always making me late but they make my drive a bit cheerier.

Don’t these sound like the lives of two different people?

I’m thinking hard; trying to sieve through the categories of my life to find out what’s still the same.
Other than getting continued love and support from my favourite people (and the art career) there’s not much, barely anything at all…

However… I still enjoy custard tarts.
(Even though Co-op custard tarts don’t really come close to the authentic Portuguese ones we ate back in London. Those were pretty special)
But, though the quality of the pastries has got worse, I’d say that my life is unequivocally better.

As I said in a previous post, I had intended to return to London life this Spring. I was going to get back to little rented flats and brunches in Clapham.
But I can’t leave yet, my life here is just right for me at the moment and I couldn’t change it now. Even a proper custard tart isn’t worth going back for.

15 thoughts on “Philosophising over a Portuguese custard tart”